A long time ago – before Karen started her Newsletter we adopted a very overweight, out of shape nine year old tuxedo cat from a rough and tumble home where he was obviously starved for any kind of attention.  His first night in our house he jumped up on the couch and lay down between Karen and myself and began to purr.  He didn’t move from that spot for the next nine years until last week when we had to put him to sleep.  During that time he became a fixture not only on the couch of course, but in the yard and in the neighbourhood.  As we let the dog walkers know of Buttercup’s passing, they all invariably tell of how their dogs look for him as they pass our house – either perched on his throne on the porch or lying in the tall grasses when the sun got too hot which for him was almost never.  Some of them have even started to cry when I let them know about Buttercup.  We buried him in the Pet Cemetery in Karen’s mother’s backyard where there are already 60 years of cats, dogs and others resting in peace.

If you haven’t been to my Etsy site in a while, I have removed the tinctures for the time being.  Many of the products I had on Etsy are outdated and not being made anymore so until I have updated my inventory and figured out where I want to take Oscar’s Essentials, you will have to contact me directly to purchase tinctures.
For more information you can contact me via Text or Cell phone at 519-242-4996, Karen’s Cell at 519-496-1888 or email me at brian@oscarsessentials.com.

Until next time.
Happy Trails,
Brian

The true sign of intelligence is not knowledge but imagination.
– Albert Einstein

Here is the test to find whether your mission on Earth is finished: if you’re alive, it isn’t.
– Richard Bach 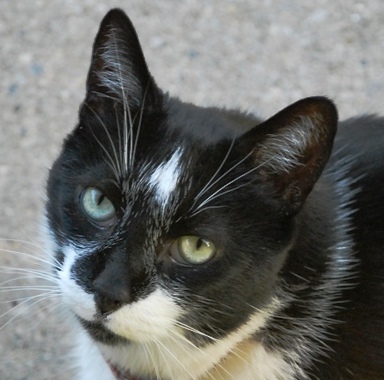